Less than 20 years ago, there was no shortage of engineers who were highly skeptical about the use of Ethernet on the plant floor. Though few engineers today doubt Ethernet’s use in industry, there remains a good deal of skepticism about the use of wireless in plants. Much of this doubt is based on experience with Wi-Fi networks. But we are now seeing the rise of industrial wireless technologies that do not use traditional wireless networks.

One prominent player in this relatively new industrial wireless field is CoreTigo, a startup based in Israel and backed by Qualcomm Ventures, Sierra Ventures, and Lenovo, among others.

At the center of CoreTigo’s products is IO-Link Wireless—a wireless technology developed for factory automation applications. IO-Link Wireless reportedly provides a deterministic latency of up to 5msec with reliability that is better than 1 e-9 packet error rate (PER)—or .000000001 PER. To give you an idea of how that stacks up to wireless standards like Wi-Fi, Bluetooth, and Zigbee, those technologies have a PER that is 6 orders of magnitude less reliable (i.e., 1 e-3).

This level of reliability enables IO-Link Wireless to claim that it is deterministic and suited for industrial automation use. CoreTigo notes that IO-Link Wireless is designed as a deterministic protocol. It is based on time and frequency slots and guarantees that each data packet will be delivered within a bounded delay. 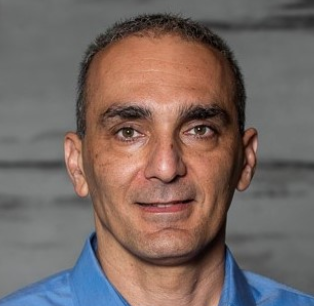 CoreTigo's Gabi Daniely“We worked with the IO-Link consortium to create this deterministic, cable grade wireless product that offers a level of reliability on par with the quality of wired IO-Link,” says Gabi Daniely, chief strategy and marketing officer at CoreTigo.

Daniely adds that IO-Link Wireless can co-exist with other Wi-Fi networks already in place in a factory. CoreTigo’s products can “be configured not to operate on channels used for Wi-Fi,” he says, explaining that the technology uses “adaptive hopping to move between channels designated for its use to maintain deterministic levels of communication. This is a key part of the IO-Link Wireless standard.”

Editor's note: If you’re not familiar with IO-Link, Automation World recently posted a podcast explaining the technology titled “What is IO-Link?”

CoreTigo's TigoMaster 2THThe company supplies its IO-Link Wireless embedded modules for technology suppliers to incorporate into their own devices as well as supplying its own CoreTigo-branded products. For example, the embedded modules offered by CoreTigo include the TigoMaster 2T for building a two-track IO-Link Wireless Master, which is used in Hilscher’s TigoMaster 2TH IP67 technology platform. Daniely notes that this product features Hilscher’s NetX chip for handling communications at both the operations technology and IT levels. Other products offered by CoreTigo for technology developers are the TigoBridge module for retrofitting legacy sensors and actuators for use with IO-Link Wireless, and TigoAir for newly developed sensors, actuators, or I/O hubs. Products ready for application by end users from CoreTigo include the TigoBridge with IP67 enclosure, which converts IO-Link and digital data to IO- Link Wireless, and the TigoEngine, software for system setup and configuration of network analytics, diagnostics, and monitoring.

Applications
Major applications of the technology are already underway in robotics and transport track systems, as well as for industrial energy conservation.

In robotics, the TigoBridge has been embedded in grippers to eliminate the use of cable and cable accessories formerly needed to connect the gripper for communication with the robot controller. Enabling the grippers to communicate wirelessly reduces cabling costs and allows for full flexibility of the robot. Daniely adds that a large automotive manufacturer  is using CoreTigo products to reduce data cabling on robots in the plant in their press shop.

For transport track system applications (an area that has been growing rapidly, as seen in the introduction of new technologies from B&R and Beckhoff, for example), Daniely says CoreTigo products are being used to convert the shuttles on these systems into smart shuttles.

SKF, a global supplier of bearings, seals, mechatronic components, and lubrication systems, is using CoreTigo’s technology to reduce its use of compressed air use at its St. Cyr plant in France. Daniely says that typically compressed air accounts for 30%-40% of such plants’ energy use. SKF sought a wireless approach to monitoring its compressed air use because cabling of the sensors from the machines to the network would be, needless to say, challenging in terms of cost and deployment effort. 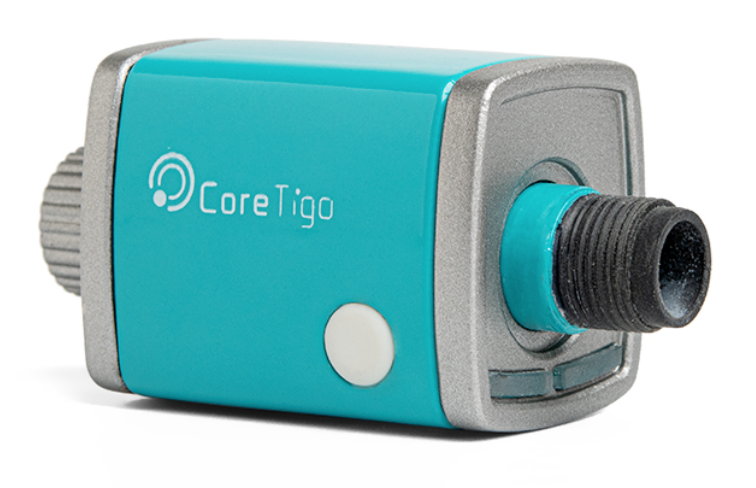 CoreTigo's TigoBridgeIn this application, SKF is using the TigoBridge to connect to ifm flow sensors on its machines. TigoMaster platforms communicate with the TigoBridges to relay data from the machines to TigoInsights software (part of TigoEngine) to track flow data and communicate the machines’ operational and availability status. According to Daniely, the combination of real-time flow and operational data enables improved analytics to detect leakages and non-optimal flow. The TigoInsights dashboards and analytics tool enables SKF to view the data anywhere in the factory for analysis and receive real-time alerts.

Packaging and processing community ready to reconvene in Las Vegas for first time in over 18 months.
Sep 21st, 2021

The excitement for the show is building for the industry to reconnect in Las Vegas next week. Hear what these solution suppliers are doing to welcome the industry back.
Sep 16th, 2021

OEM's editors summarize the destruction and innovation caused by the 2020 pandemic.

What to expect at the only show in the world this year that will reunite the packaging and processing community.
Sean Riley
Sep 9th, 2021

According to a new report by PMMI Business Intelligence, there are seven areas currently trending in the U.S. packaging machinery market.
Kim Overstreet
Aug 31st, 2021

PACK to the Future: The Story Behind the Historical Exhibit at PACK EXPO Las Vegas

Take a journey through the history of packaging, explore milestones that shaped the present, and learn more about industry trends influencing the future.
Matt Reynolds
Aug 25th, 2021
More in Home

Las Vegas remains open for business, as do plans for PACK EXPO Las Vegas and Healthcare Packaging Expo, the most comprehensive packaging and processing event in the world in 2021.
Sean Riley
Aug 9th, 2021

Listen to the inaugural unPACKed with ProFood World podcast for insight on the tumultuous past 18 months for food processing facilities and the industry's future plans for avoid repeating some of the same mistakes.
Sean Riley
Aug 6th, 2021

With 67% of beverage manufacturers planning to eventually add additional packaging equipment to their operations, flexibility is the key element that is needed in new machinery.
Kim Overstreet
Jul 30th, 2021

World's most comprehensive packaging and processing show in 2021 will proceed without any further restrictions on gatherings or capacity limits.
Sean Riley
Jul 28th, 2021