RFID as an Industrial Cybersecurity Method

Cybersecurity has been a major automation topic ever since Ethernet networks began coming down to the plant floor. Most industrial cybersecurity discussions center on a combination of networking and software-oriented approaches to segment and protect critical production operations and systems.

Sometimes overlooked in these cybersecurity discussions is physical access to systems. User authentication is one aspect of secure system access through which authorization data can be used to determine if the employee has the proper skill set and is currently trained and certified to access the manufacturing system hardware and software.

Chris Randle, vice president of industry solutions for Elatec Inc., a supplier of RFID read/write technologies, explains that authorized personnel typically include “plant engineers, maintenance electricians, and IT personnel who can access software running specific processes. The level of access each of these workers has varies according to the individual’s function in the plant. Engineers usually have full access to upload, download and change controller and HMI software. IT personnel usually have only upload or download authorization for backup and disaster recovery purposes. Plant maintenance electricians typically have limited access to change software and only for process troubleshooting. The specific authorization may vary from plant to plant, but identification of who accessed the software, who made changes, and at what time is logged in a database to track changes for review when necessary.” 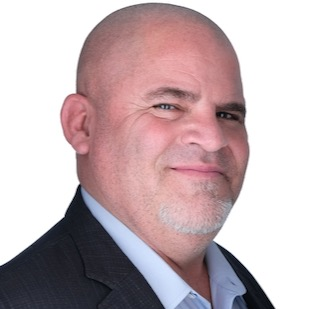 Chris Randle, vice president of industry solutions, Elatec Inc.An additional layer of security can be added with the use of RFID cards, which are already one of the most widely used form of authentication and access control.

“Authentication and authorization systems for access control to software in industrial automation applications in factories today require that they be easy to use, flexible, durable, secure, and stand up well to environmental elements,” said Randle. “RFID card systems address these application requirements better than magnetic stripe cards, smart  cards (with embedded chips) and PIN pads.”

Because RFID cards are touchless, requiring the user to just wave the card within a few inches of the reader to be read, RFID authentication and access control is considered an easy step for users.

This diagram shows a method of authentication and access control of industrial automation software using an RFID reader combined with a network interface module. Source: Elatec Inc.“RFID readers are used throughout the organizational ecosystem for multipurpose authentication using existing employee building entry ID cards,” said Randle. “Functionality such as time-based access control, access to manufacturing processes, access to automation controller and HMI software, and hazardous areas can be added. Additionally, RFID readers can often read and write to more than one type of card. Should plant requirements change, cards can be updated without issuing a new card.”

He also noted that, when enabled with network access, RFID readers can communicate using various communication protocols, including gigabit Ethernet, with information technology systems and industrial automation applications like industrial programmable controllers, HMIs, and robots. In addition, RFID card systems are considered more secure than other card-based identification technologies, as data transfer between cards and readers and message traffic between card readers and plant networks can be encrypted.

“RFID readers and cards can also execute a kill command if the card is lost or stolen,” said Randle. “Since the kill command deactivates the card, it prevents unauthorized access to sensitive data, hardware, and software that controls industrial manufacturing processes and hazardous areas in the plant.”

Adtance adds a new twist to remote service with Fieldstreaming, which can connect multiple cameras—from smartphones to drones—providing a live view of machines and the plant floor.
Stephanie Neil
Mar 4th, 2021

As food and beverage manufacturers scramble to keep workers safe and shelves stocked, many have moved forward with automation and digital transformation initiatives that might have only been on the radar before the pandemic.
Aaron Hand
Jan 29th, 2021
More in Home

Automation is the leading trend, with specialty devices and pharmaceuticals also on the rise.
Kim Overstreet
Jan 26th, 2021

PMMI Media Group editors—covering a virtual event instead of an in-person exposition—divided and conquered to collectively take in as much of PACK EXPO Connects as possible. Here’s what they saw in the machinery category.
PMG Staff
Jan 25th, 2021

Building a work cell where humans and machines can work side-by-side, even in the most robust industrial applications, check out this five-minute video report.
PMG Staff
Jan 22nd, 2021

PMMI Media Group editors—covering a virtual event instead of an in-person exposition—divided and conquered to collectively take in as much of PACK EXPO Connects as possible. Here’s what they saw in the robotics category.
PMG Staff
Jan 19th, 2021

General Mills on Pivoting to Virtual Startups During Covid-19

It was one thing when this Tennessee producer of fertilizer products was focused on one niche market. But when it broadened its marketing message, automation was required.
Pat Reynolds
Jan 18th, 2021