The startup builds ergonomic workflows on top of the IT-based Git version control tool so that it works with visual control system programs. 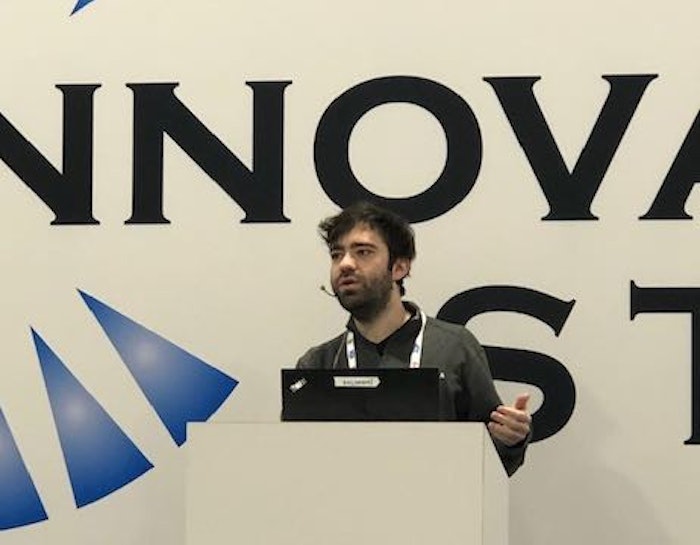 DevOps, defined as the combination of software development and IT operations, has been used by engineers for over 15 years as a way to increase an organization’s ability to deliver applications and services faster than traditional software development processes. Part of that process includes Git, an open source tool used for code development (authored by Linus Torvalds in 2005), which provides data integrity management and collaboration among multiple developers in a project.

“We are working on bringing modern source control to industrial automation,” said Copia founder and CEO Adam Gluck during a presentation at the Innovation Stage at PACK EXPO East in Philadelphia. “We bring standardized processes to reduce downtime and increase organizational efficiency to controls organizations.”

Founded in July of 2020, Copia has about 30 team members from the IT and OT space “We believe Git is the future in the industrial space,” Gluck said, noting that it’s already ubiquitous in the IT space and nearly all industrial vendors will eventually move in this direction. “We are already seeing some Git integration from Codesys, Beckhoff, Siemens, and we think Rockwell Automation will too.”

Historically, progress in this area has been held back by IEC languages, as controls engineering involves visual programming languages which don’t work well with Git. “What Copia does is  build an ergonomic workflow on top of Git that works with visual programming paradigms,” Gluck said.

Git can reduce onboarding and training by 40% and alleviates some of the pain points associated with the development process, including lost or old code, maintaining multiple versions of files, working with outdated versions, the inability to share code, tracking who changed what, and scaling teams.

Git-based version control means files are stored both locally and in a central repository and can easily be reverted back to the last working version if needed. In addition, Copia works with any development environment, displays ladder logic in its desktop and web app, and renders the difference between versions graphically to easily see what’s been added, deleted, or edited without having to sift through hundreds of lines of code. Copia also streamlines code reviews so viewers can see all the changes and merge them into a central code base when ready. Copia’s branching and merging capabilities mean teammates can work together without overriding code and can add developers to the project to meet tight deadlines.

According to Gluck, organizations will want to adopt Git to deliver more quality product to market faster without stressing out the engineering team. He also shared some feedback from a few of Copia’s users, including Kamp Automation, a provider of customized automation systems for manufacturers. “Copia provides visibility to my entire team’s work and gives rich context into any change,” said Kamp controls engineering manager Nicholas Buchele in a statement. “It enables us to review PLC programs without downloading and opening the files in Studio 5000. It easily saves us two to three hours of work per engineer per week.”

It is also easy to migrate to Git. The folder becomes a repository making it easy to copy and paste files. “It’s straight forward and that’s important because you don’t want people to have to rip and replace. You can gently migrate into this,” said Gluck.  And you can always access Git histories, see review changes, and merge code as well as manage access privileges. “It is straight forward from a day to day operations engineer perspective, but then you get all of these benefits built in to the system.”

The benefits being: shorter project timelines, improved quality, reduced downtime, and the ability to share and scale. “We really believe this is the future of manufacturing,” Gluck said. “It’s common sense, it’s easy to adopt, it takes less than 10 minutes to get a team member going, and it ultimately drives quality.”

Syntegon Technology: XTS in use for high-performance packaging systems

Krispy Kreme upgrades the Siemens drives on their doughnut-making equipment in all its stores to optimize production, save costs, and improve worker safety.
David Greenfield
Feb 11th, 2022

Just as it is affecting many other verticals, a tight labor market is also impacting the emerging cannabis industry, especially in typically manual processes like pre-roll production. Lately, automation is becoming more sophisticated to fill the gap.
Matt Reynolds
Oct 5th, 2021