MGS focuses on small-footprint machinery that interconnects to other equipment on pharmaceutical lines and allows a single point of functionality. 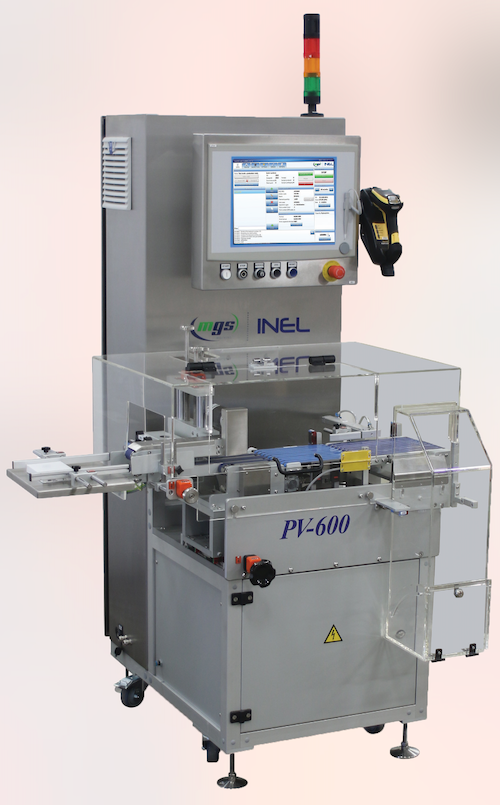 Last year, MGS Machine, via its European partnership with INEL, introduced a line of pharmaceutical line-level serialization and aggregation equipment to the U.S. market designed to enable product manufacturers and contract packagers to comply with regulatory requirements pertaining to track-and-trace initiatives.

The MGS line includes carton inspection machines, aggregation units and software. All carton inspection units incorporate either inkjet or laser printing, as well as vision systems. Some units can be equipped with tamper-evident labeling and/or checkweighing equipment.

Customers requiring equipment that can function within a small footprint continue to influence MGS machinery development and design. Controls and automation systems play a role in MGS’s space-economical approach, says MGS President and CEO Richard Bahr. “Our HMI is the single point of contact for both machine control and for the serialization software,” he says.

“There’s no need for two or three monitors, which can be confusing, waste time and take up unneeded space. We have all functions consolidated into our touchscreen, including recipe setup for new products requiring print, vision, labeling, checkweighing, or all of the above.”

Bahr says by using PC-based HMIs, MGS machinery can connect to other OEM equipment on the packaging line, such as printers and cameras. That permits control of all functions from a single touchscreen.

“Many printer and vision camera manufacturers now provide OEM interfaces so that the control panel for their hardware can be emulated on a PC,” he says. “As such, now that PCs are readily available as HMIs, we bring the two together seamlessly.”

“Because they were first introduced in Europe, we have both Siemens and Rockwell controls platforms designed for all models,” says Bahr. “In Europe, we primarily use Siemens for the PLC and Beckhoff for the HMI as those brands are more user-accepted in that marketplace. MGS tries to tailor its offerings with sensitivity to the marketplace or regional preferences,” says Bahr. “Oftentimes, prospective customers will [indicate] their preferred platform in their specifications. We do lead with Rockwell and Siemens as our two primary platforms as that covers most of what we need for the global market.”

“The ‘PV’ machines provide automatic handling of cartons and perform both print and vision inspection on the carton,” he notes. “Depending on the model, the PV units will print thermal inkjet or laser codes and use vision systems for verification. We can also label and/or checkweigh the carton. The smallest unit is 0.500 meters, not using up any more space than an existing small discharge conveyor would at the end of the cartoner.”

Videos from MGS MachineView all videos 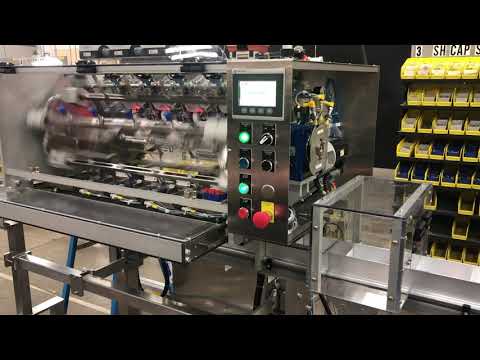 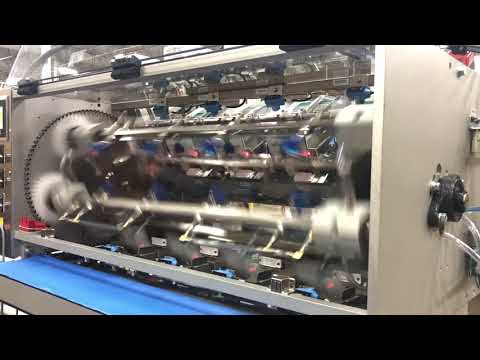 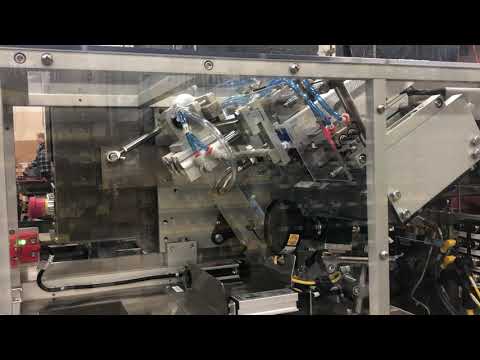 How to Safely Implement Collaborative Robots

Robots and Cobots Chip in to Pack Food for Hungry Kids

Showcasing the capabilities of several automation suppliers in the Robotics Zone at PACK EXPO Las Vegas, a PMMI cooperation with Blessings in a Backpack filled more than 6,000 bags of food for kids facing food insecurity.
Aaron Hand
Dec 4th, 2019

In the Trenches with Collaborative Robots

P & G’s Mark Lewandowski walks us through a risk assessment for successful robot applications from an engineer’s perspective.
Nov 21st, 2019

On the Network, Timing is Everything

The industry rallies around Time-Sensitive Networking, and OEMs should be ready.
Jul 9th, 2019

In a digital world, OEMs must find new ways to work with equipment by leveraging—and learning from—data. But connecting legacy systems to the cloud isn’t easy. Here’s what you need to know to reap the rewards of the Industrial Internet of Things.
Feb 18th, 2019

As components get smarter—and even more autonomous—OEMs have new opportunities to drastically improve machine productivity and flexibility.
Dec 3rd, 2018

Cybersecurity a Hot Topic on the Show Floor

A number of factors stand in the way of a company being immune to cybersecurity incidents.
Oct 17th, 2018

The Pioneers of Packaging 4.0

The OEM’s Role in the Factory of the Future

A New Era of HMI

What does your HMI screen say about your company? Learn how these HMI innovations can be a differentiator.
Natalie Craig
Jun 26th, 2018

To be a strategic partner to Bumble Bee Seafoods, machine builders need to understand the factory’s “personality.'
Mar 15th, 2018

This pretzel and snack producer puts machines through their paces to determine flexibility and reliability.
Jan 18th, 2018

Nestlé Addresses Industry 4.0 and its Impact on Packaging Equipment

Note to corporate & operations management: Cybersecurity is your responsibility

Living as we do in an increasingly digitalized world, new security challenges are materializing at an alarming pace, and few are as perplexing and troublesome as cybersecurity.
Sep 13th, 2017

Secure solution at the intersection of IoT and Industry 4.0?

For better protection of your industrial control network and to learn more about Maple Systems' dual-ethernet HMIs.
Jun 20th, 2016