Related to this episode:

Stephanie Neil: Hi, I'm Stephanie Neil, Editor of OEM Magazine and I wanted to take this time today to share with you some of the interesting demos that happened a few weeks ago at PACK EXPO Las Vegas. I know we've been reporting a lot on robotic palletizers, but they're becoming really important in light of labor shortages as Natalie Craig noted in her previous report. There's also new needs related to e-commerce. On the show floor, I spoke with Chris Caldwell from Yaskawa America who showed me two applications, one around collaborative palletizing and the other that through a partnership with Mujin Corporation creates autonomous palletizing and de-palletizing using 3D imaging. Here's a quick look at those robots.

Chris Caldwell: Hi, I'm Chris Caldwell from your Yaskawa America. We're at PACK EXPO in Las Vegas, Nevada in 2021. We're standing in front of our HC20 collaborative palletizing demo. Our HC20 is an IP67 rated collaborative robot with power and force limiting on all six axes. It also comes standard with food grade grease. And in this palletizing application, when combined with a 48 inch riser, it can reach the top of an 80 inch high pallet and also reach the ground level without the need for an elevator. We have this demo set up with SICK area scanners that put the robot into collaborative speed mode as you approach and slow it down further as you get closer.

Chris Caldwell: When you exit the area, it resumes its full production speed of 2000 millimeters per second. And with this arm, you can have palletizing applications and any other type of collaborative application. Once we're done looking at this demo, I'm going to take you over to another thing we have in our booth. The second demo I'd like to discuss today is our collaboration with Mujin Corporation. This is a truly autonomous palletizing and de-palletizing application with their 3D imaging creating a path for our robot. And in this application, you can eliminate the traditional robotic programming and just have their controller pick up your cases on the fly.

Stephanie Neil: Chris told me that the Mujin controller that eliminates programming is important because it senses different shapes and sizes of packages and adjust on the fly, making it perfect for complex logistics applications. So the other video I wanted to share includes a smart changeover machine from Morrison Container Handling Solutions. Let's hear from Dustin Lee, Morrison's Director of Sales.

Dustin Lee: Hi everybody. I'm Dustin Lee, Director of Sales at Morrison Container Handling Solutions. What we're highlighting today is our smart changeover machine, which includes automatic changeover of our timing screw system, as well as automatic changeover of all of the conveyor rails around the system itself. So right now we have a square container that's loaded with a blue set of change parts. You can see our greater HMI is highlighting that the blue set of parts is loaded right now. Seth's going to do a changeover to go to our red set of parts.

Dustin Lee: We try to keep everything located on the machine itself for quick changeover and easy storage so that their operators know exactly where the parts go. They're labeled accordingly, they're color coded, so that the operator can't make the mistake of putting the wrong parts in the wrong location. At Morrison, we highlight multiple different colors. Right now we're highlighting red and blue parts. We also have a whole list of other parts that are stocked so that you can have those quick and easy identifiable changeovers. As Seth is starting to take all the parts off, now the system is smart enough to note that there is no change parts that are on the machine. So it's saying you can't run this right now because nothing is there.

Dustin Lee: As he puts on the next set, it will then say that it will identify the other colors. And once it does that, it'll tell us that we need to upload the proper recipe and it won't let me start the machine until I do so. So right now we've got the blue set of parts that's loaded. If I were to hit start, there's a screen that says you cannot actually run this machine until the proper recipe is loaded. And the adjustments that you're going to see are the screw centers. So there's Servo motors that are going to move up down as well as in and out. And then all of the rails will automatically adjust to the proper setting. Brian, the color sensor.

Dustin Lee: So now that everything is on, you'll notice that the red set of parts is highlighted on the HMI. I go to the recipe, I highlight that I'm going to load the red set of parts. It's saying, hey, everything's going to move. I load it. Our auto adjust rail will recalibrate themselves so they back out to make sure that they can re zero and then they will all adjust to the proper setting for the round containers to be properly fit. So now that all the containers are on the loop, the red set of parts is loaded, the machine starts and away it goes. Smart and easy changeover to make it more user friendly and keep your production up.

Stephanie Neil: There are many more highlights from PACK EXPO Las Vegas and Healthcare Packaging Expo, which you can find on OEMMagazine.org. Thanks for joining us. 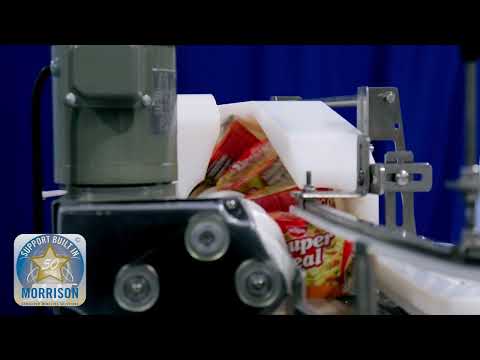 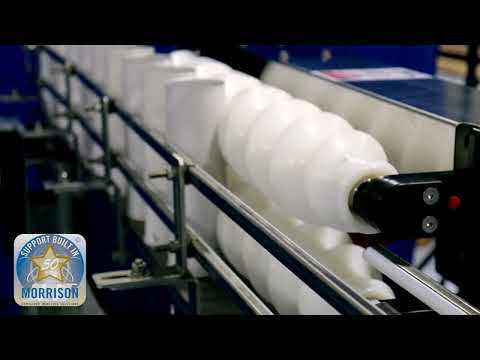 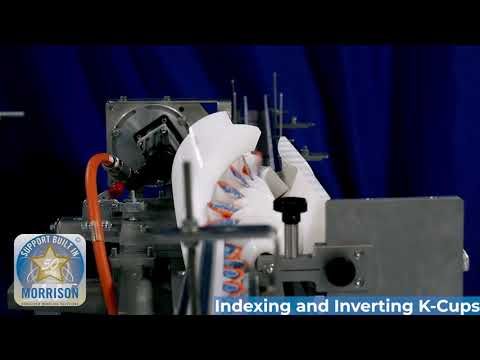 A Green Machine in the Sustainable Factory

Krispy Kreme upgrades the Siemens drives on their doughnut-making equipment in all its stores to optimize production, save costs, and improve worker safety.
David Greenfield
Feb 11th, 2022

Is a Retrofit Appropriate?

Retrofits can result in substantial cost savings, and enable an incremental approach to Industry 4.0 initiatives. However, they may not be the correct option in every case.
David Miller
Dec 31st, 2021

New Partnerships for OEMs to Explore in 2022

Watch interviews with PACK EXPO Las Vegas attendees on what they came to find and what they discovered at the largest comprehensive packaging and processing event in the world this year.
Kim Overstreet
Natalie Craig
Jim Chrzan
Oct 1st, 2021

Machine-to-Machine Transactions in an E-Commerce Marketplace

Experts urge OEMs to adopt predictive maintenance services or risk obsolescence. Watch this Take Five video to find out about two new resources available from PMMI and OMAC to help protect your plant against cyber criminals.
Stephanie Neil
May 14th, 2021