Finance and Investments in the Legal/Not Legal Cannabis Business

Lack of access to financial institutions and tax breaks, as well as volatile market valuations, challenge the cannabis industry’s ability to expand. 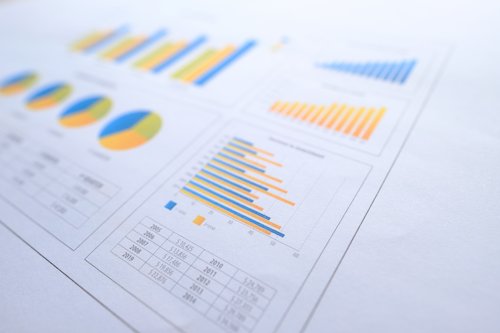 Because flowering marijuana remains a Schedule I controlled substance, it is illegal at the federal level regardless of state legality. And though legal marijuana markets are allowed to operate at the state level without federal interference, interstate commerce is strictly prohibited.

According to PMMI Business Intelligence’s white paper, “Cannabis Market Update: Unique Packaging Challenges for THC and CBD Products,” there are three types of cannabis legality in the U.S. Fully legalized states allow adults over the age of 21 to purchase cannabis products at licensed dispensaries for recreational use. Medical states allow the legal purchase of cannabis products at a dispensary with a doctor’s prescription, and decriminalized states (or cities within states) prohibit the possession of large quantities, sale and cultivation of cannabis, but do not consider the possession of a small amount to be a criminal offense.

Selling a product that is classified as a Schedule I drug by the federal government means cannabis businesses do not have wide-spread financial support by banks and financial institutions, nor are they able to deduct normal business expenditures on their federal taxes. These restrictions challenge the expansion of the cannabis market in the U.S., but some states are addressing these challenges by allowing operations such as cannabis credit co-operatives to boost investment in the industry.

Said one Business Systems Consultant at a Processor and Packager of Hemp CBD, “We are hesitant to invest much in capital equipment until there is a market shift financially and we can actually have a bank account; it’s a Catch 22 situation being restricted from traditional funding.”

According to the report, there is also a banking bill for the cannabis industry in U.S. Congress which was passed by the House in September 2019, (the Secure and Fair Enforcement Banking Act, or SAFE Act) though the promised 2019 vote on the bill by the Senate has yet to take place. The bill allows insurers to extend services to cannabis companies without fear of legal reprisal.

Another challenge to industry growth is market valuation at the largest publicly traded cannabis companies. According to the New Cannabis Ventures’ Global Cannabis Stock Index, the total value of cannabis companies in the index has declined by over 50% in the last year, with many companies taking larger valuation hits in the second half of 2019.

Overly optimistic projections of cannabis growth predicted rapid and expansive recreational legalization in the U.S. The fact that the pace has not met expectations, coupled with the slow rollout of the Canadian market, means that analysts are now revising projections to more realistic levels, resulting in a drop in the valuation of existing cannabis companies.

Cannabis companies continue to pull in investment and capital, however, despite dropping market projections and valuations, and despite the fact that capital investment is still a risk while cannabis remains a Schedule I substance under federal law in the U.S. According to Viridian Capital Investors, investment in the cannabis industry reached $14 billion in 2018, representing a four-fold increase from 2017.

On the upside, the report states that “The end result of these financial bumps in the road for the cannabis industry may be an environment conducive to the future expansion of mergers and acquisitions,” as capital-rich companies will be in a position to acquire struggling operations when the market settles.

Or listen to a new PMMI podcast by Jim Chrzan, “Don’t Fear the Reefer” to learn about THC vs CBD; CBD regulations and content; and the inconsistencies of public perception and banking regulations.

An Appeal to Support Our Essential Services and Critical Infrastructure Workers

The COVID-19 pandemic is proving to be a tremendous global challenge that we must work together to defeat. Now, our essential and critical workers are being relied upon to provide the services we expect every day and we must do everything to support them.
Emerson
Mar 27th, 2020

Why Women are Under-Represented in the C-Suite

If companies with more women in leadership roles have greater innovation, increased productivity, higher employee satisfaction, and higher employee retention, why are there so few in the C suite?
Kim Overstreet
Mar 26th, 2020

Responding to the Coronavirus crisis, the automotive manufacturer teams up with 3M and GE Healthcare to expand production of much-needed medical equipment.
Stephanie Neil
Mar 24th, 2020

Thermoformer Steps Up to Fight COVID-19

Nominations open for Packaging and Processing Hall of Fame

Now's the time to nominate deserving candidates for the 2020 class of the Packaging & Processing Hall of Fame. Nominations will remain open through June 5, 2020.
Matt Reynolds
Mar 24th, 2020

A heatmap of the economic impact of the coronavirus on North American industries shows low exposure for food and beverage processing, and packaging, among others.
Anne Marie Mohan
Mar 23rd, 2020

The COVID-19 Outbreak and Food Production

Special UnPACKED with PMMI podcast series provides an evolving look at how OEMs are forging ahead after employing proper caution.
Mar 20th, 2020

OEM’s are seeing limited access to their CPG customer plants during the Coronavirus outbreak.
Mar 19th, 2020

Special UnPACKED with PMMI podcast series offers candid insight from a global OEM supplier on surviving in a world that changes from day to day.
Sean Riley
Mar 19th, 2020

PACK EXPO East: From the Floor

Sustainability and the Economy

In the circular economy there is a growing need for durability in product packaging. Not only could a model of packaging reuse help the environment, but, when done right, it could also be financially effective for manufacturers.
Stephanie Neil
Mar 13th, 2020

Finance and Investments in the Legal/Not Legal Cannabis Business

Cyber Breach: It’s Not a Matter of If...It’s When

In a meeting co-hosted by PMMI’s OpX Leadership Network and Industry Relations Committee, manufacturers and machine builders shared their plans and concerns about IIoT in a discussion aimed at creating a digital transformation roadmap for PMMI members.
David Greenfield
Feb 27th, 2020

While contract packaging in the cannabis industry has been slow to develop, there is room for packaging specialists who can guide and manage the vast and ever-changing landscape of cannabis packaging.
Kim Overstreet
Feb 24th, 2020

Tools to Help the Digital Transformation