Learn how to get higher-level engagement and support while selling down the ladder. 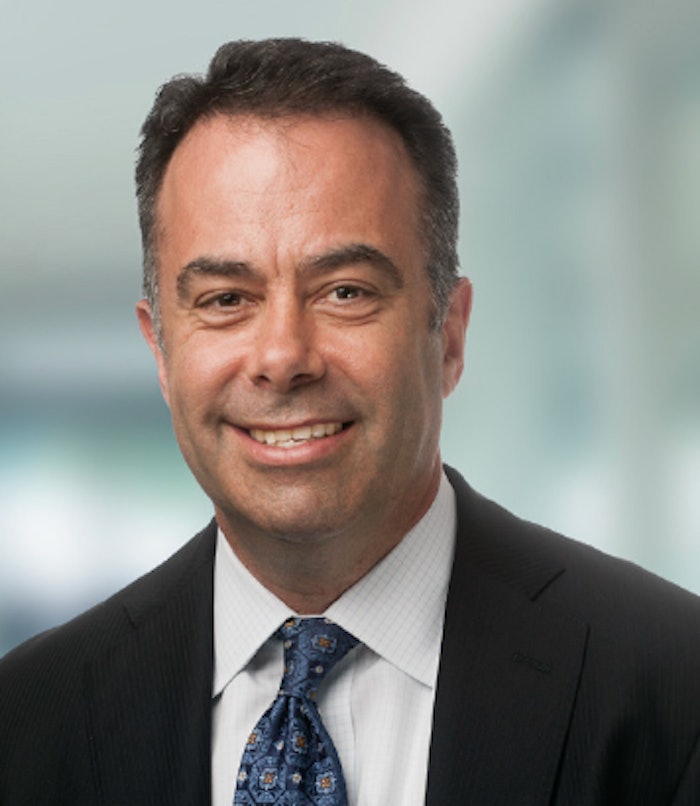 This past week, I was reviewing some opportunities with an OEM’s sales team.  During the review, one of the reps shared that he had reached a high-level General Manager at an end user customer. The sales rep explained that he was an account executive for an OEM that specializes in providing filling equipment solutions. According to the rep, the end user GM responded with interest, citing concern with his existing equipment’s ability to keep up with demand.  He enthusiastically suggested that the salesperson follow up with his internal operations person and even gave him the direct line to call.  The salesperson "diligently" asked if he could reference this conversation when calling the lower level report, and after receiving this final endorsement, moved to close out the call and thank the GM for his time and interest.  On the surface, this salesperson seemingly stumbled upon an amazing opportunity: speaking directly to top decision-maker about his needs and concerns, and garnering excitement about how the rep’s solution could help the end user organization. How often does that happen?

However, having witnessed this interaction and looking below the surface of the scenario, I couldn't help but wonder, "What will happen when this salesperson calls the lower level operations person?"  Often, when salespeople are endorsed "down the ladder," the person at the lower rung does not respond with the excitement and anticipation expected. I have seen too many lower level people override the endorsement by either ignoring the calls or brushing the salesperson off.  Naturally, the salesperson instinctively fights their way back up the ladder to report this challenge to the original endorser in this case, the General Manager.  Unfortunately, either because the moment is gone, or for political reasons, these attempts to regain access to the General Manager are much more difficult than anticipated and often futile.

So, what’s the solution? How do we deal with this opportunity threat before it happens?  The answer is to have what we call a "Post-Endorsement Dialogue", which consists of a few simple questions for the GM during the initial call to diffuse potential threats:

The objective would be to get the general manager more engaged and willing to help insure a successful outcome.

Many experienced salespeople reading this article may be thinking, “I would always push to have the General Manager involved in the first meeting.”  While this is the best-case scenario, the challenge is that quite often it backfires when the lower-level person shows up.  But why?

How many times have you done an amazing job selling the power-person and then they introduce their lower-level people to gain consensus? How often do those people look to justify their value by poking holes in your solution?  Whether for self-protective reasons or simply to protect the status quo, they take a dominant role in the situation and act as an opposing gatekeeper.  Unfortunately, in many cases, any attempt to regain the favor of the higher-level stakeholder is met with, “I appreciate your hard work here and the solution your company is offering, but I have to trust the people who work for me and their opinions.”

Here again, the “Post Endorsement” dialogue is the ounce of prevention that is worth a pound of cure.  When the high-level stakeholder offers to introduce you to the lower level report, several additional questions can help avoid the above scenario

The key in both these scenarios is to create alignment with the higher-level stakeholder, prior to engaging with their lower-level reports, which can be accomplished by asking some critical questions.  This approach will also allow you to explore and amplify the top-level person’s perspective on the issues, concerns and vision.

Ultimately, the objective is to evoke a sense of interest and urgency with the top person, so they protect us from tripping on the way down.

EOL machinery needs to be flexible, adjustable, and adaptable to function efficiently with packaging changes that are a result of these sustainability trends.
Kim Overstreet
Feb 4th, 2022

If your company is struggling to drive consistent usage of the customer relationship management system, try these approaches.
Jay Spielvogel
Dec 14th, 2021

What started in 1921 with a simple tying machine for the Quality Sausage Company, has evolved into niche end of line offerings that, with a little creativity, can be applied to a broad set of applications.
Stephanie Neil
Sep 3rd, 2021
More in Business/Management

Lock the Back Door to Keep Cyber Criminals Out

From building a cybersecurity strategy to using technology that blocks bad actors from sneaking in through a remote access connection, OEMs have new ways to protect themselves and their customers.
Stephanie Neil
Jun 15th, 2021

Listen to the unPACKed with PMMI podcast as Tom Morrison outlines a classic good news/bad news evaluation for the next five to ten years.
Sean Riley
Jun 3rd, 2021